Skillibeng has been blazing up the charts recently with his songs Not, Brik Pon Brik, and Coke. However, It is no secret his biggest success has come from his Mainstream Hit Crocodile Teeth. which is the moniker for his debut Album. The song cracked the billboard charts with a Freestyle from Nicki Minaj release Beam me up scotty which features stellar acts Drake + Lil Wayne adding much to the anticipation of the Skillibeng’s album. 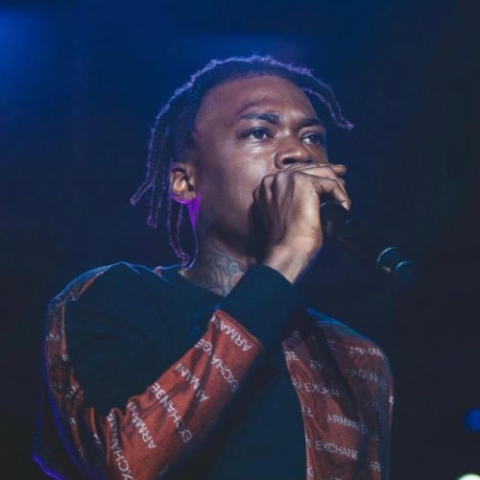 It is clear Skillibeng is decidedly claiming his spot as an international superstar. The anticipation was only heightened by his recent announcement that this project will be released as an NFT. Yes NFT! Skillibeng will be the first Dancehall artist to enter the world of NFTs. This decision will most certainly position Skillibeng as a budding cultural icon, trendsetter and innovator on todays Music scene. The release of collectible ART with his Debut Album, Fans will be able to immerse themselves in an experience that should see appreciation of the value of that work over time. He will not just be the ONLY Major Reggae/Dancehall artist doing this, but the FIRST. That cultural impact might change the way newer artist release content forever.

We spoke to the up and coming artist himself and he wanted to make it clear there is a piece of memorabilia for Everyone. You can see he was adamant about it in his approach to the rollout as It is broken down into 2 simple versions.

2. The Deluxe Version commemorates the Year of his Debut album with a total of 2021 Very Limited Pieces for $999/piece. This includes an engraved “crocodile teeth” with the production number on it, An NFT VIP Meet + Greet Ticket to a future Skillibeng show, A signed Collectible hoodie, and behind the scenes footage from the shooting of the Album.

Both can be purchased via Debit/Credit card and of course Crypto.

In examining the phenomenon, Crocodile Teeth (or as its captions on Social Media ??) has opened itself up to a global market, with global ramifications, that should capture a global fan base. What’s more impressive is how this was achieved not by Billboard, But by Crypto. Skillibeng has put himself in good company wiit the likes of Jay-z, Snoop Dogg, Lionel Messi, and other Global icons tapping into the market of direct access to their fans.

His partnership with iNTRO Networking showcases the power of DeFi and Social Media and the role it will play in the evolution of the music and art space. This will prove to be not only an impactful endeavor but a lucrative one.

Watch this space closely as iNTRO Network and Rising stars like Skillibeng make waves in a larger ocean.