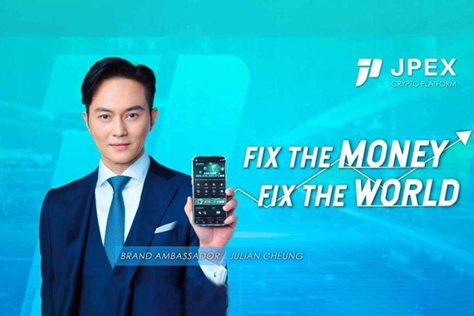 At press time, JPC trades at $0.00117, a 0.66% increase in the last hour and a trading volume of $25 billion in the previous 24 hours. JPC was first listed on JPEX on July 27th, and an investment round ensued, raising over $27 million with over 100k subscribers, a groundbreaking feat in the exchange-backed token space.

As part of the JPEX team’s plan to incentivize potential token holders, the centralized exchange, in a recent announcement, stated it would issue over 500k JPC tokens [worth $550 at press time] to users who complete the know-your-customer [KYC] verification on or before April 10th, 2022.

JPC Token Use Cases and Application

JPC is an ERC-20 token standard, and its application includes; a transaction fee waiver, relevance in the JPEX game center, will serve as a reward for the JPEX Friend Program, and will possess staking powers. JPC will additionally power the JPC Community Development Program and act as a governance token of the JPEX community.

NFT and Metaverse trading discounts and exclusive offerings, asset insurance increments, and the prospects of new listings are also use cases of the JPC native token.

According to the JPEX team, earnings from JPC token sales will go to the repurchase of the token and, subsequently, destruction.

With a firm determination to delivering a comprehensive platform for users globally, JPEX, via an Instagram post, announced that Julian Cheung, popularly known as Chilam, a renowned Hong Kong singer and actor, will become an ambassador of the centralized crypto exchange. The signing of The Grandmaster actor is proof of the lengths JPEX is willing to go to further advance the brand and the native asset, JPC.

Julian Cheung‘s appointment as brand ambassador aims to promote the launch of JPC.

JPEX is one of the most accessible centralized exchanges for quick, transparent, and legitimate buying and selling of cryptocurrencies. With millions of users, the launch of JPC as a native token will further cement the platform’s stance as one of the market leaders. JPC will introduce essential features to the exchange, attracting more users and retaining existing customers.

The article is provided by a third-party content provider. SEAPRWire ( https://www.seaprwire.com/ ) makes no warranties or representations in connection therewith. Any questions, please contact cs/at/SEAPRWire.com

2022-08-16
Previous Post: QSTOVES UNVEILS SMART 2-IN-1 ROTATING PIZZA OVEN and STOVE
Next Post: Why Do All Love the Bobster Sunglasses?